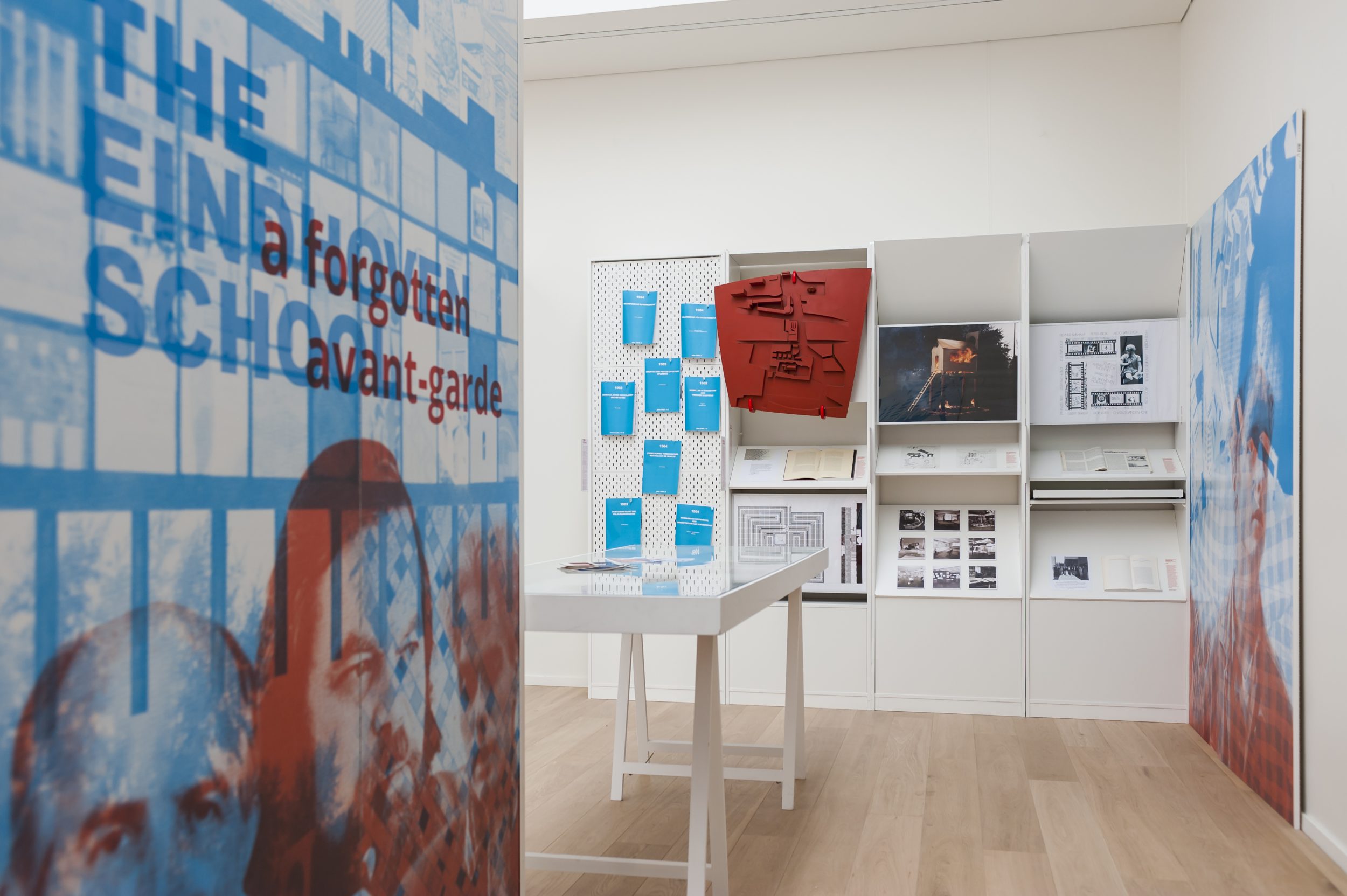 The Fall of 2016 was the start of a lengthy architectural voyage for Justin and me: in the freedom provided by the Eindhoven architecture curriculum and fueled by our common need for a collaborative project, Seventh Floor Sergio took us in as his exhibitionist apprentices and together we embarked upon a journey through archives and interviews in search for the true meaning of the classification Eindhoven School. The Eindhoven School, defined by ourselves as the architectural climate that existed at this faculty between 1973 and 1990 under the wings of the chair of Architecture History and Theory[1], and the resulting group of alumni exhibiting an extremely pluralistic architectural repertoire, ranging from the childlike color pencil drawings of Jo Coenen to the intriguing perspectives drawn by Wim van den Bergh, and from the whimsical creations of John Körmeling to the tragic collages of Gert-Jan Willemse. Supplemented in the Fall of 2017 with Virtuosi Italiani Dario and Matteo, conception and construction commenced of a massive exhibition on Plaza Vertigo.

For me the most compelling experience was developing a deeper understanding of the architectural and educational undercurrents starting from faculty founder John Habraken’s archi-scientific Open Building philosophy and resulting in the faculty climate that we inhabit today. Usually considered by students the more technologically oriented counterpart of the Delft faculty, the architectural production at the Eindhoven faculty actually has a captivating and often surprising history.

The educational vacuum resulting from the 1968 student revolution which lead to the dethroning of John Habraken in the early 1970s, opened the architectural production in the Eindhoven faculty up to philosophy, mixed media, music and other artistic influences. Graduation did not consist of creating a new project, rather a compilation was to be created of all the work the student had conducted during their time at the faculty. As such it was not meant to show that the student had developed the skills needed to become an architect, but rather to show the learning curve through which the student had progressed from the start of their studies until the final graduation moment. As such it was possible for John Swagten to create a photo grid of intriguing models and moments indicating his various architectural explorations. John Körmeling graduated with only one A4, a one-page auto-monography including projects as well as exhibitions hosted in the Hoofdgebouw[2].

This freedom, augmented by the simultaneous presence of architectural historian Geert Bekaert, critic Joost Meuwissen and theoretician Gerard van Zeijl, was a unique feat that dominated the Eindhoven faculty of architecture for the better part of two decades. The three academics mentioned, compiled in 1988 the first exhibition on “De Eindhovense School”: a classification that since had been revisited a number of times, but never received the full investigatory attention that it deserved, until now.